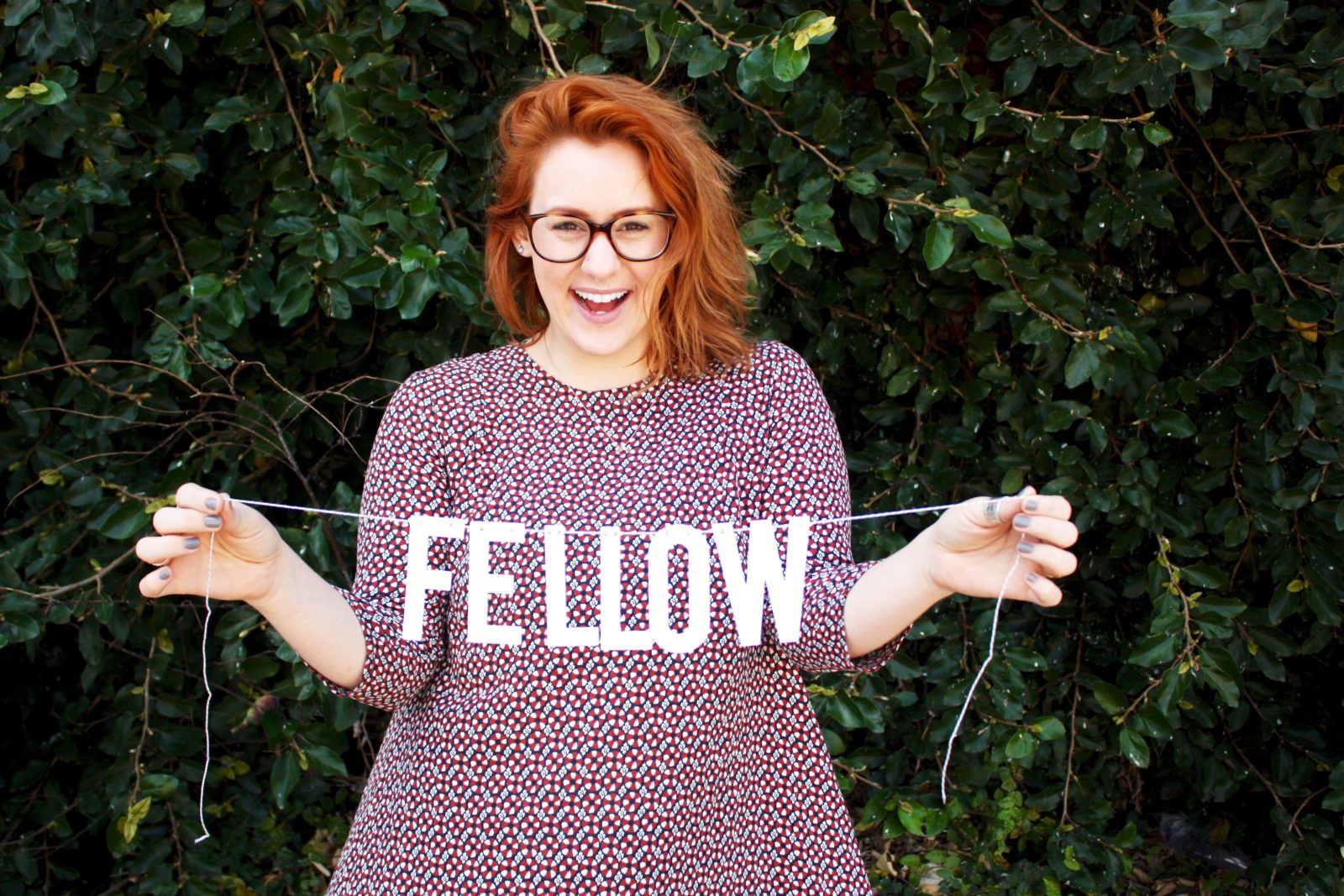 Let Him Take Your Breath Away – Lauren Sarter

Seven. I was seven years old the very first time that I got the wind knocked out of me. It was at my little league soccer game (shocking, I know). The referee called a time-out, while some sassy little blonde girl on the other team decided to punt the ball directly into the back of my body. I face planted and suddenly felt every ounce of oxygen leave me. As I laid there, face down with a mouth full of dirt and grass in my hair, I waited for the outside air to revive me again. It’s the closest I’ve ever been to feeling like I was drowning above water. The first breath I was able to take afterwards felt like it came minutes later, and was immediately followed by a scream. I was back. Scared out of my mind, and felt like I had escaped death, but I was back (please forgive me for the dramatics, I was seven).

This memory has re-lived itself in my mind more times in the single past year than the entire 16 before it. I peek back at what life looked like just a year ago today, and feel like I’m staring at somebody else’s story. Twelve months ago, I was eight months out of college with a bachelor’s degree in hand, living in my childhood bedroom while spending my days as a “stay-at-home-daughter”. That’s a term I like to use when I don’t feel like telling people that my dad was pretty sick at the time and needed a 24/7 caretaker due to his failing health. The above are humble circumstances for a dreamer of a girl who, up until that point, had pictured her life as “just starting to take off”. I had personally fantasized about packing up after college and moving to a big, cool city; maybe Portland, NYC or Nashville. I considered maybe even just throwing it all out the window and following the wind over to a foreign country. In these same moments of whimsical thought, I could just as easily picture my life sweetly settled. Maybe engaged like every person I’ve literally ever known (queue the hardest of agreeing eyerolls from the population of singles reading this), or even buying a house with my sweet husband, being sure to get one that has extra bedrooms for the family we’d be starting soon. HAHA. You see, just before that season began, I had many talks with the Lord. Talks that included me claiming a surrender that would allow Him to DO anything, TAKE whatever, or SEND ME wherever He chose. I promised to rejoice in the circumstance He would create, and in an ideal world, it would have been so beautiful. But we do not live in an ideal world.

As people who claim the name of Christ as identity over ourselves, we are called to place idealism, fantasy and fleeting dreams at the altar. I learned this the hard way. As a twenty two year old recent grad at the time, I thought that my life would be drenched in breathtaking moments where I stand in awe of the Lord’s goodness, while receiving blessing after blessing. Alternatively, I was in a desperate place, left with breath-less lungs, clinging to the very last ounce of joy that I had, and begging for Christ not to take it from me. In my ever-so-human mind, a bitterness stirred up in me, shouting reminders to God that “this is not what we had talked about!”. And boy, was I right. This is NOT what we had talked about. Because looking back, those conversations that I had described earlier were more like one-sided wish lists that left very little room for the Lord to design anything close to perfect for me. And while sitting on my DIY throne of self-righteousness, He was gracious enough to let me see. It was in those dark moments of desperation and loneliness that He bent down to remind me of the kind of God that He truly is. He reminded me that He is the kind of God that guides His people in everlasting truth, provides comfort and peace beyond understanding, handcrafts perfection, and offers it to us while still leaving the option to “take it or leave it” with His forceless hand.

During this season, I had been living half of my life in thoughts of strong comparison. I was sitting in a place, hating it, and praying for it to be over. I was feeling without breath once again. I felt shackled and bound by the circumstances of my current situation, bargaining with the Creator of the Universe to offer me something better. It’s as if I was trying to pickpocket back the things from His possession that I had claimed to give Him in surrender not too long ago. But I’m glad I didn’t, because instead of giving me everything that my heart desired, He was about to bestow upon me the things that His heart desired for me (talk about an upgrade). After spending months living fully entrapped in the lie that I had done something awful to deserve almost everything happening in my current circumstances, Christ moved mightily to shake me of the enemy’s voice. Many more conversations (real ones this time, I promise) occurred between me and the Lord ever since then. It was in this time of intentional closeness with Jesus that genuine surrender started to take place. From that point on, I agreed to be a woman of my word and give Him back the things that had kept me from Him. I agreed to trade in the idealistic, self-engineered dreams of “what could be” for the authentic reality of “what is”. And guess what? An indescribable amount of freedom is found when you realize that you don’t have as many roots as you pictured having by this point. When you finally look to the Lord, and praise Him for NEVER giving you what you thought you wanted back then. Because little did I know, I was about to get the opportunity to go live on a literal mountain top in Colorado and be surrounded by believers in a Christ-centered community while sharing the Gospel for three months. And directly following that, I would get to enter into an intentional relationship with 10 other people for an entire year, while God strips us of our iniquities and offers us the opportunity to resemble Him more than we ever have. 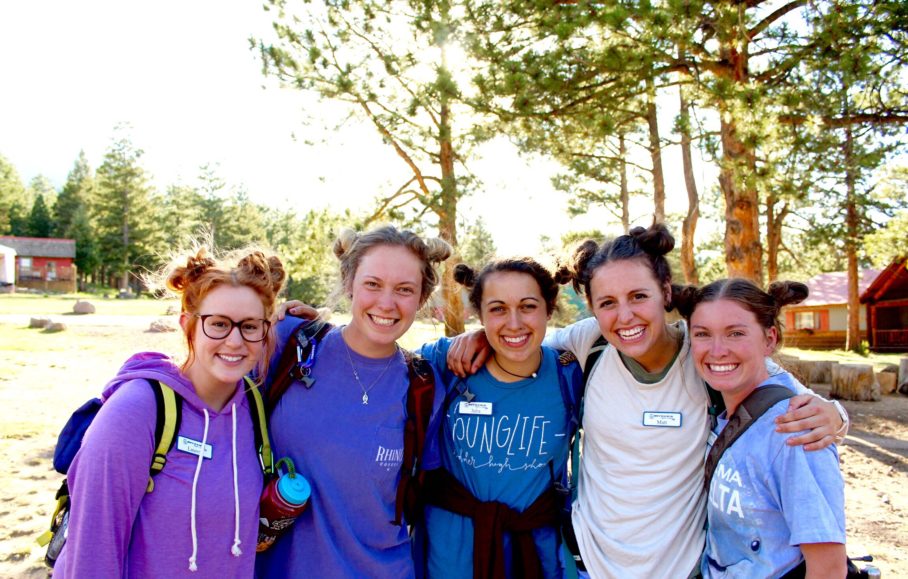 As I sit here in my bed writing this in the current day, I’m so dang thankful that this is the story that I get to tell. That I get to share with you about the year that included more moments of feeling like I just got the wind sucker punched out of my chest, followed by an innumerable amount of moments that consist of me standing on actual mountain tops, awestruck by the provision of God, once again without breath (for all the right reasons). A season full of moments where reconciliation and resurrection took place in things that I had called the “Time Of Death” on when I was twelve. I look back on it all from this unrecognizable reality with humble praise. I’m so thankful that my reality doesn’t include engagement rings, a high-paying job or buying a house for my new little family, and instead includes making barely enough money to pay my student loans, sharing a tiny house with 7 girls and spending my days living in a community that seeks to know and glorify the God of the universe. I’m so thankful that Christ offered me the chance to trade in my dreamt-up fantasy for a genuine reality that is far more perfect than any Joanna Gaines-inspired stretch of my imagination. Obedience is hard; it’s refining, sanctifying and ugly at times. Obedience stares you in the face and asks you to hand over everything that your lips have ever craved and offers you an invitation to sit at a feast that is more abundant and satisfying than our human minds can comprehend. And for some crazy reason, sometimes we still ask for time to deliberate.

Fellow brothers and sisters, I urge you in this time to let the Lord take your breath away. Allow Him to steal every ounce of oxygen that your lungs contain and give you the breath of everlasting life (Job 33:4). I pray that you would become obedient enough to let Him give you moments where you stare into the beauty of reality and are immediately brought to tears by the wonder of His ultimate goodness. Christ is most glorified by us when we are most satisfied in Him, and the outcry of my heart is that we would be obedient enough to let Jesus take, move, create and breathe life into whatever roots He does or does not want us to have, and that we would be okay with it. I look back at the 365 days that have come before this one, remembering the promise of our Father, who works for the good of those who love him and have been called according to His purpose (Romans 8:28). This past year of my life is a first-hand testament to the misery that one can live in due to the bully of a person that comparison is.

To this day, there are so many things that I want. I still desperately want to be a wife someday. I want to create little versions of myself with someone, and for them to call me “momma”. But more than I want these things, I want Christ to hold them captive and keep them from me if not a single one of them glorifies Him. And ultimately, I want to spend my days living in a full and genuine surrender to the King of Kings, allowing Him every opportunity to steal my breath, whether in awe or desperation. And for the moments in between trying to put air back into my lungs, you’ll be able to find me here: singing sweet “hallelujahs” along the way. I will continue to try and offer back every breath that originated from Him in the first place, (the ones He describes in Genesis 2:7), knowing full well that my Father is standing close by, desiring to grant me infinitely more in return.

“Of all the things I could’ve been, I’m so glad to be this.” – Rudy Francisco