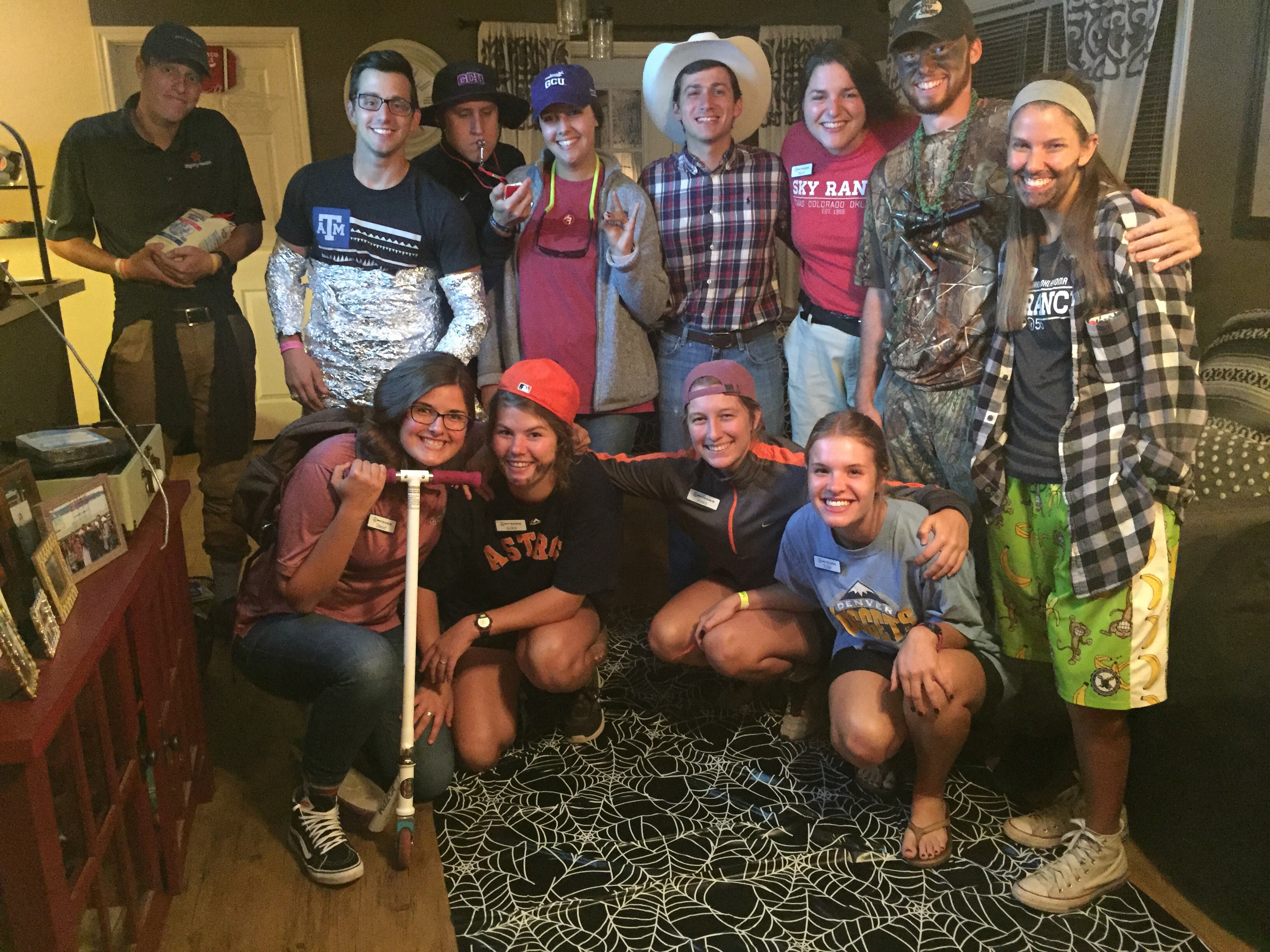 Excel at the Revealed - Aiden Upchurch

To say I was scared is an understatement. In fact, I don’t think a combination of nervousness or anxiousness could’ve accurately described how I felt as I drove my car packed to the roof towards this new place I would eventually call home, Sky Ranch. These emotions that I felt seemingly at the same time all stemmed from the single root of the unknown. The unknown scares me. Sky Ranch was a foreign place to me and I was terrified. I was about to embark on a journey with thirteen other young adults who I had no prior connection with except for one who I went to school with and that frightened me. Thankfully though this is not a paralyzing fear of mine but more motivating for me as I am able to rely solely on what I know to be true and the overarching truth in this scenario was that I knew beyond a shadow of a doubt that this new and amazing place was where the Lord wanted me for this next season of life.

Recently in one of our Friday classes we had a guest speaker by the name of Betsy Nicholls and she was phenomenal. She came and spoke to us about the book of Ruth and her passion for a book that often gets over looked but holds so much importance for the future was truly inspiring. Within her sermon/lecture she told us a phrase, “Excel at the things revealed”. For many of us this was a profound statement and I left that class really mulling it over and trying to pinpoint the areas of the Fellowship where I have excelled at the things revealed and which ones I haven’t. With my fear of the unknown this concept to me is challenging at times. So often I want to look past the present and figure out my future that my actions in the present are effected. When I try to control the future then in response myself in the present is one that relies solely on my abilities in the flesh and my reliance on the Lord is absent. My selfishness begins to rear its ugly head and I begin to think my way is better than yours. I don’t listen to other’s suggestions and I refuse help when it is offered to me. This was evident to me within the first week of working a retreat on camp. I felt as if we had been given a giant task full of expectations with very little direction on how to complete what was expected of us. I let the unknown affect me and my actions throughout the weekend and I worked out of a requirement instead of a love and joy for my job.

Proverbs 16:9 says that “In his heart man plans his course but the Lord establishes his steps”. For the longest time to me I only saw that as a reference to how often we as humans try to plan our future but never had I thought that a verse like that would apply to me each day. Every day I wake up and plan my day and all the tasks that lay before me and very rarely, if ever, do I acknowledge that Lord establishes the smallest things about my day just as much as He does my future. Excelling at the things revealed doesn’t just apply to my job, or to what my future might be but they also apply to the simple things throughout the day. That’s where my focus should be, on the small truths that I can hold on to and fight for. I have learned a lot of things about myself and about the Lord since the start of the fellowship but the thing that has affected me most and will continue to affect me throughout the year is learning to excel at the things revealed. I will not always know everything or what lies before me but what I do know is that the Lord loves me. He knows me. He holds the hope for my future. He has placed me here at Sky Ranch for a purpose to display His glory and through that purpose I will grow in a deeper relationship with Him. That is all I need to know as I continue this journey.