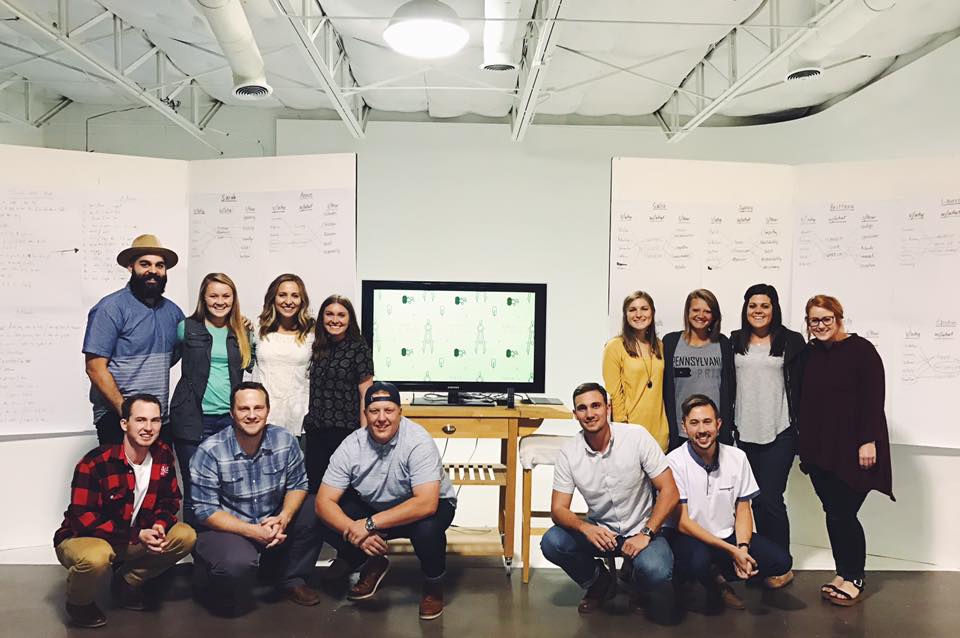 Okay so maybe this isn’t my diary but I didn’t know where else to start.

As I sat down to write this, I had a lot ideas about what the subject could be. I could talk about that one time that the Lord revealed Himself in a new way to me through an interaction I had with a guest, or maybe about what one of my mentors and I have been talking about recently, or even just about my daily life in the fellowship and it’s joys and sorrows. All of those are great subjects, don’t get me wrong, one day you’ll get to hear those stories if you’re lucky, but one of the biggest things that has stuck out to me about the past 5 months in the fellowship has been the idea of influence and the power that comes with it. What comes to your mind when you think about that word?

Dictionary.com defines influence as “the capacity to have an effect on the character, development, or behavior of someone or something.”

Whether or not you’re aware of it, we are always being influenced by the people and the things around us. BUT just like any relationship, it’s a two way street. In one moment we are being influenced, and the next we are influencing the people and environment around us, even if we don’t mean to. Sometimes the influences that are present around us have more of an impact than others. The crazy thing that I’ve been realizing is that I am influencing those around me. When you live in a close community like the fellowship, it’s hard not to influence the people around you by the things that you do and to be influenced from their words and actions.

Now this is something that I’ve been learning and something that the Lord continues to reveal to me: in any given situation, am I going to be influenced or am I going to have an influence. [Side note: You’re probably thinking, Ross, you just said something in the last paragraph that made it sound like they happen at the same time and while yes that is true, sometimes they do go hand and hand, it’s in my opinion you can choose between the two postures in any situation with the help from the Holy Spirit.] Throughout the fellowship, I’ve seen and been in both of these postures. Here’s some examples:

Being Influenced: Changing your views about a topic to avoid conflict.

Having an Influence: Speaking truth in situations and your reactions that you express.

One way in specific that my boss, Clinton, challenged me with was the idea of speaking truth. Now I thought I was doing this in my life but the more Clinton and I talked about it, I realized I wasn’t doing it quite as often as I thought I was. The concept was that whenever people come to you for advice, instead of just being their soundboard and listening to them talk, challenge the things that they are saying, not in a malicious way, but one that will point them back to being more like Christ and that will make them think more about the situation at hand instead of just them venting or seeking advice to back up their opinion. So I started praying that

the Lord would use me and help me speak more truth into people. Every since that conversation I had with him, I’ve been able to see a change in the way my conversations go with people. I get more life out of those conversations and actually get to help them process through things instead of just being weighed down by all of the things that are going on in their life. I have also been able to have deeper and more meaningful conversations. Now don’t get me wrong, I’m still working on this, but it’s been so cool seeing the Lord work through me in this specific way.

Crazy, huh? How you have the ability to have an influence or be influenced by the environment and people that surround yourself with. Now, if you need to take a moment to gather your thoughts, check social media, or take a couple deep breaths, go for it. I won’t be offended, you’ve suffered this much so you deserve it. Plus I think I need some fresh air myself or maybe a short dance party.

Here’s the thing, what I’ve been learning about influence doesn’t end there. There is an important posture that comes with influence. Am I going to leave a positive influence on this environment or am I going to leave a negative one. I think that’s one of the most crucial things that I’ve been learning. I think that this comes into play the most with the words that I say and my attitude when I react to any given situation. No matter how stressful or annoyed I might be in a situation, making a comment or reacting with complaining does nothing to help so I choose not to let those expressions come to light for the sake of everyone else around me.

For me, I’m still learning about this and probably will continue to learn about this all throughout my life. But in this moment I know that my team needs both sides, someone who can influence and someone who can be influenced depending on the day and situation. I also know that no matter which position I’m in, my posture should be positive because negativity adds nothing to the situation. Finally, I know that despite everything else, my team needs me to speak truth in every situation because if I choose otherwise, I’m choosing to let them walk in darkness which isn’t good for anyone.

I hope that all made sense in some way or another. Thank you for enduring the lessons the Lord is teaching me. I pray that you were able to take something away from my jumbled up thoughts. Have a great day today and tell someone that you love them (and mean it, too!)

1 Corinthians 15:33 : Do not be deceived: “Bad company corrupts good morals.”

Colossians 4:5&6 : Be wise in the way you act toward outsiders; make the most of every opportunity. Let your conversation be always full of grace, seasoned with salt, so that you may know how to answer everyone.

Okay so maybe this isn’t my diary but I didn’t know where else to start.

As I sat down to write this, I had a lot ideas about what the subject could be